The purpose of this post is to explain a little bit of what I’ve been able to learn about the Crystal ball display on the Wizard of Oz (WOZ). My hope is that will help someone else in troubleshooting problems with the display. Jersey Jack Pinball has been no help in this regard. My e-mail communication with their technician just stopped on their end. My customer had better luck, but ended up buying replacement parts he didn’t need.

The display is made by 4D Systems of Australia. I had a cursory look at their technical documentation (Serial Environment) to aid in my understanding how this display might be implemented in WOZ. There is a microSD card installed on the rear of the display. Images and video clips are stored on the microSD card and are selected by serial commands sent from the I/O board in the bottom of the pinball machine.

The first thing was to check voltages going to the display. The blue wire on the end of the connector is +5 volts (lets call this pin 1). Ground is the black wire on pin 4. The voltages on the other pins should be between 3 and 5 volts, except for brief moments during serial communication.

Ultimately, the problem ended up being an intermittent cable issue. I had checked the continuity from board to board, which includes the connectors, and everything had checked good. But the display still didn’t work most of the time. Every time we thought the display was fixed, it would stop working. After re-pinning the connector, the problem seemed to be located further down the cable. Starting at the I/O board, I pulled some of the cable slack through the harness, up to the crystal ball. I cut off about 5 inches of cable and installed new connector pins. This fixed the problem.

During attract mode, the crystal ball display should display two video animations that coincide with the animations on the large backbox display, the green WOZ and the JJP logo being drawn (as shown in the photo at the top). In between these animations, the display should be blank. The flipper buttons can be used to skip through high scores and credits to get to the animations. I’ve checked this on two machines. When a game is started, the display will show the Skill Shot animation. If there was a previous animation running from attract mode, you will have to wait for it to finish before the Skill Shot animation starts.

You will not be able to read the microSD card in a computer. Windows will not recognize the file system on the card. Linux will see the card and show that 0% of the space is being used (i.e. blank). After reading the 4D Systems documentation, the microSD card is not using a specific file system. The serial commands reference SD card locations by sectors and not by filenames.

For more advanced troubleshooting with an oscilloscope, the RST signal, pin 5 on the display connector, will go low then high on machine power up. The TX and RX signals, pins 2 and 3, are unbuffered RS-232 style signals, with 5V as the idle voltage, with the signals going to 0 volts for the pulses. A command will be sent from the I/O board when an animation is to be started and the display will immediately acknowledge the command. As mentioned above, the flipper buttons can be used to skip over credits and high scores and start the animations. 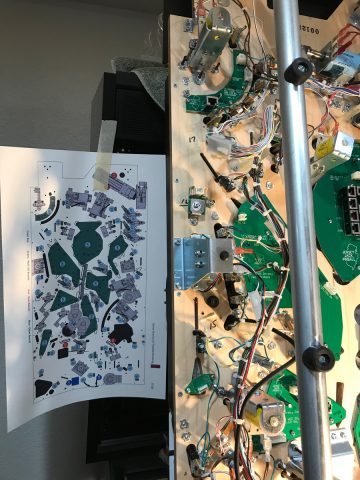 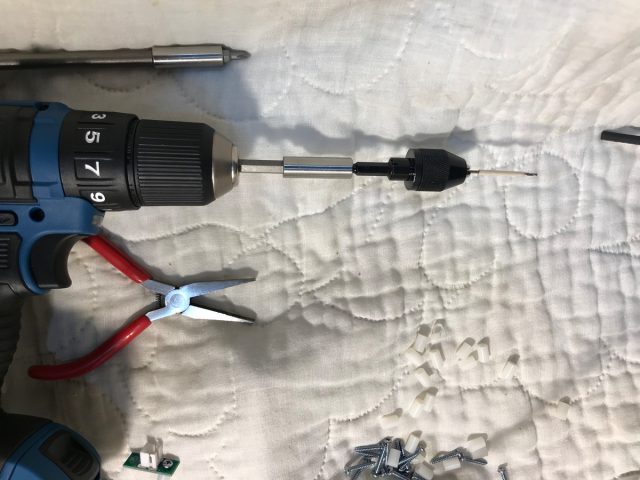