When I listened to the amp, I didn’t really hear anything in particular that was wrong with it.  But the owner was unhappy with it.  Someone had previously done some work on it, replacing a few capacitors, including the main filter capacitor on the output of the 5U4 rectifier tube.

I brought the amp back and bench tested it.  It failed. 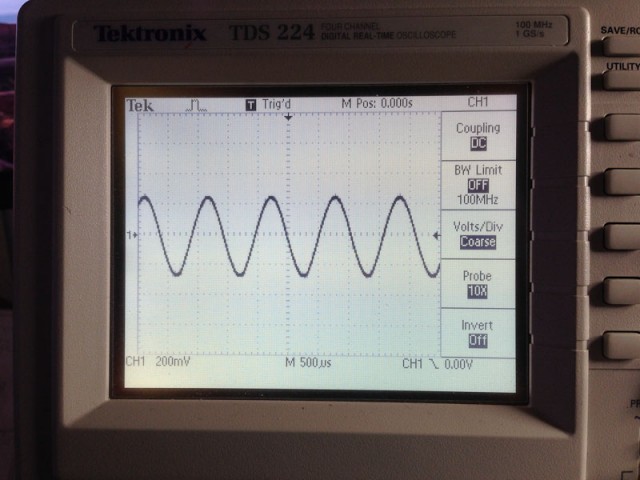 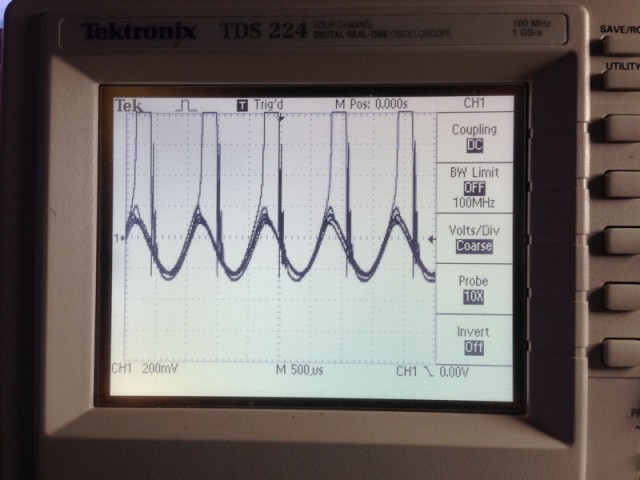 Amplifier breaking down and oscillating at slightly higher volume. 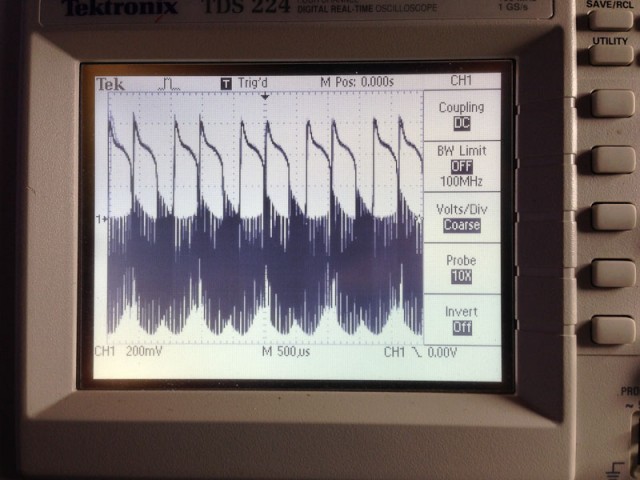 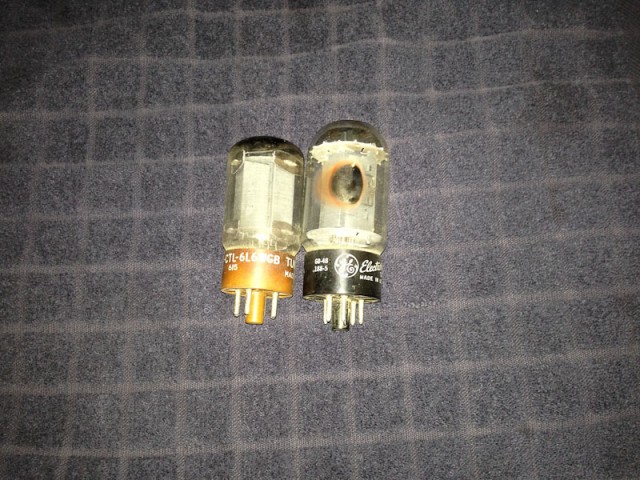 Both Wurlitzer and Seeburg amplifiers of this era use 6L6 tubes in the final stage of the amplifier. From a theoretical point, the two tubes should be gain-matched because one tube drives the upper half of the waveform, the other tube drives the lower half of the waveform (a.k.a. push-pull amplification).  But these amplifiers seem to be pretty forgiving if the tubes are not matched. I once saw a Seeburg operating with one 6L6 tube missing.

The owner and I decided to go ahead and get new output tubes.  The nice thing about 6L6 tubes is that they are still being made today due to their popularity for use in guitar amps.

After all the work was finished on the amp, it tests perfectly at all volume levels.

One of the ferris wheels was binding causing the belt to slip. I loosened the belt from below and spun both wheels.  One turned freely, the other did not.  I removed the e-clip, a washer and cleaned the shaft of sticky lubrication. The problem seemed to be the washer, which was too thick and causing to much friction when the e-clip was on.  I also noticed that the other wheel didn’t have washer, so I left it off.

The sound kept cutting in and out after the machine warmed up.  It would be on for a half-second, off for a half-second, repeat.  I pulled out my oscilloscope and checked the inputs to the amplifier. The input signal looked fine.  I disconnected the speaker and bypassed the digital volume control just to make sure the problem was with the amp IC. It seemed it was definitely the amplifier IC.

The backboard spinner wasn’t working.  It seemed like it was jammed.  I took the motor off of the back and shot some lubricant into the gear box.  That seemed to get it working again.  For how long, I don’t know.  The owner declined to replace the motor and gearbox assembly.

I took the sound board back with me since I didn’t have an amplifier IC with me.  A few days later, I shipped the repaired board back to the owner, who installed it and said it’s working perfectly!

From talking to people who buy brand new machines, it’s not uncommon to spend some time getting it to work right.  This was my second visit to this machine.

The first visit, which I don’t think I posted, involved replacing the canon motor, filing the bushings on the bell, and getting the lock-down bar to lock.  I guess there is not any quality assurance inspection after the pinball machine leaves the production line.  The things I fixed were very obvious problems.

This visit was for a problem that wasn’t very obvious.  The ball would occasionally get stuck at the ball flap in the upper right of the playfield. After unsuccessfully trying to get the ball stuck, I resorted to just using my fingers to discover there was an electrical wire hanging down that was catching on the ball. I couldn’t see the wire, but I could feel it.

I bent the wire out of the way and the everything seemed to work fine. 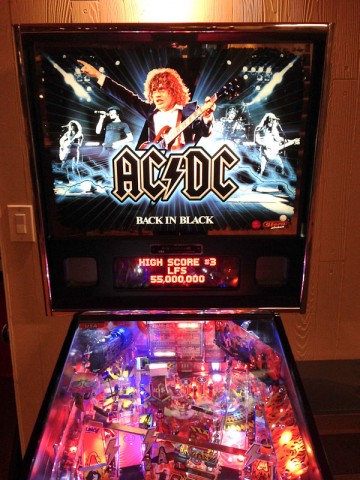 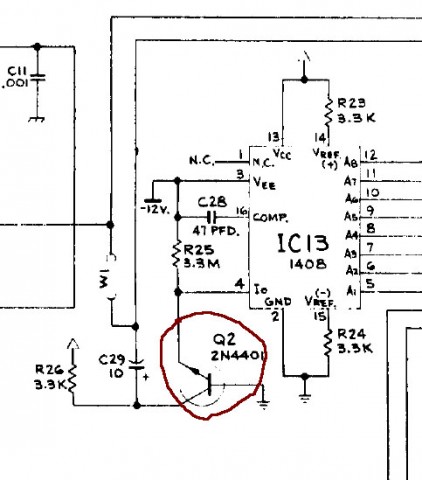 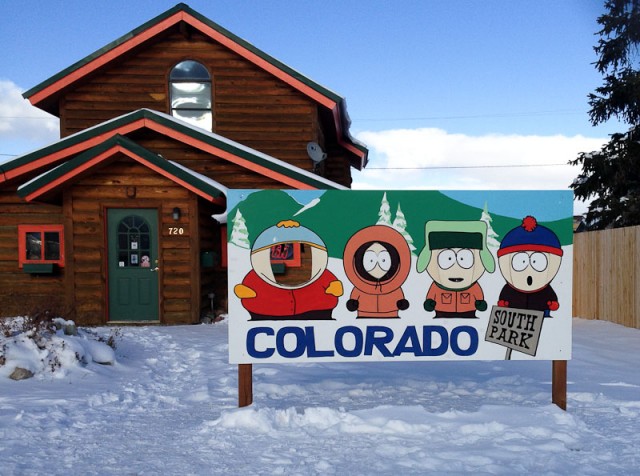