Revenge From Mars is one of two pinball machines using the Pinball 2000 platform, which combines pinball and video. A video image is projected down onto a special playfield glass which merges video action with pinball.

The pinball machine is controlled by a customized personal computer platform. The machine uses a CRT for the video projection. Both the PC and CRT have many failure points.  Parts to repair the PC are scarce, as are people who can repair CRT monitors.

This particular pinball machine had been upgraded to an LCD monitor and a modern PC.  The PC was running software provided by Nucore, which allows the custom Pinball 2000 system to be emulated on commonly available PC hardware. 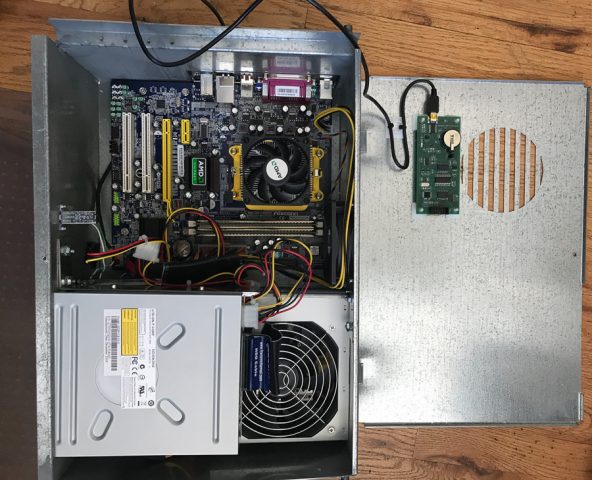 After checking some voltages, it appeared power was going into the PC, but nothing was happening beyond that point. So I ordered a new power supply and installed it, and it was still dead. I was expecting to have to replace the PC motherboard.  As a last ditch effort, I decided to check the CMOS memory battery. The battery was dead, but I had never encountered a PC that wouldn’t power up due to a dead battery.  I replaced the battery and surprisingly it powered up.  Most PCs will still power-up with a dead battery, but you get a message from the BIOS saying there is a problem with the CMOS (or NVRAM), and it often hangs before booting the operating system. 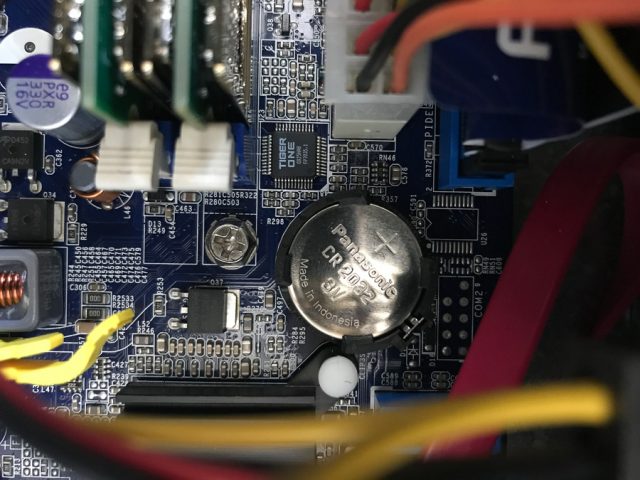 The motherboard is a Foxconn A6VMX series.

Once the PC was powered up, I had to go through several settings in the BIOS and change their default values:

Under Peripherals:
The parallel port mode should be EPP
Address: 378

The above settings will allow the system to start as soon as power is applied, and will skip checking if the keyboard, mouse and floppy are present.

Once the system was booting up, I discovered a number of switches and lights not working.  I replaced a couple of switches that were broken and adjusted the ones that weren’t working. For the lights, every one of the light boards had cracked solder joints at the input connector, which often resulted in the entire board not working. This is a common problem on most late model Williams machines using circuit board mounted 555 bulbs.

There has been some legal drama surrounding Pinball 2000 emulation systems.  Nucore developed the system, but were found violating the GPL open source license. At around the same time someone removed the copy protection and distributed the Nucore software for free as Pinbox.  Nucore and Pinbox are the same thing. Nucore is back with an updated version, but currently without the licensing to make copies of the original pinball 2000 ROMS, which are required to run the emulation.