I’m always very happy when I solve a problem with a pinball machine that its had since it left the factory. This pinball machine would not reset when the start button was pressed. Instead it would add players. I was able to trace the problem to the #8 Cam-stack of switches on the score motor (the 8E normally closed contact to the reset relay coil).  There I found two wires on two leaf switch terminals that had never been soldered.  The wires were folded over the terminal, ready for soldering, but someone on the Bally production line must have gotten distracted. The wires were making a good enough connection for the machine to pass testing and shipped out to the first customer.  It’s unknown how many owners this machine has had over the past 40+ years, but I bet it was having this intermittent problem throughout its life.

I’ve probably come across a half dozen machines that have left the factory with issues. So far the machines have been in above average physical shape because they got pulled out of public service earlier due to their intermittent issues and sold to private individuals.  A few years ago I worked on a Gottlieb Circus that left the factory with a bad crimp pin connection in one of the connectors. The machine was immaculate. 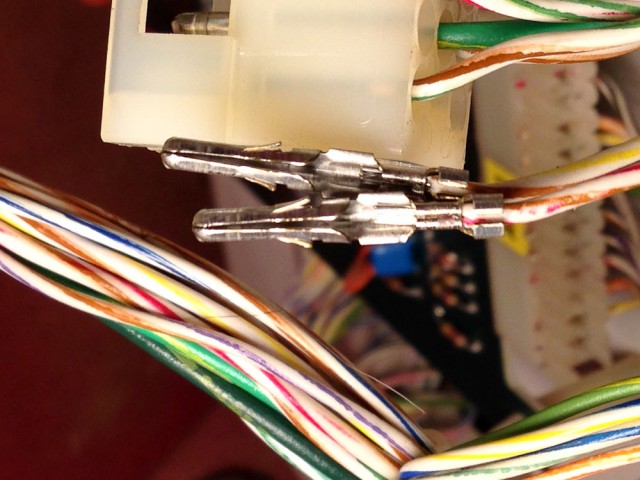