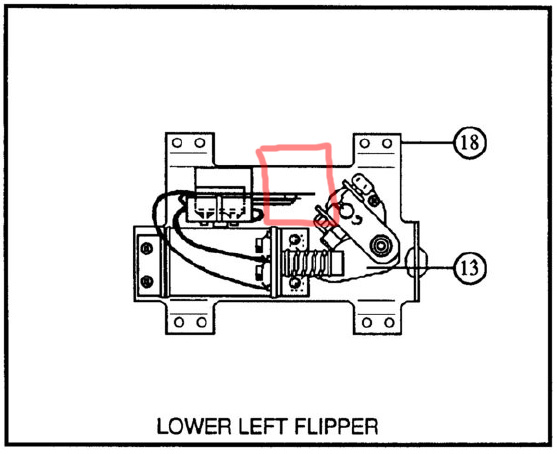 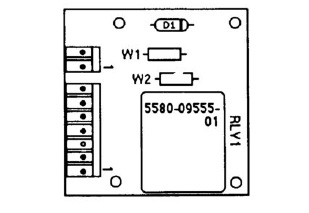 I visually checked the most likely relays and contacts: Game Over, Coin, and Credit.  After not finding any problems with the relays, I checked the switches on the score motor unit.  I noticed that the motor was hot and was obviously energized, but not turning.  The cams rotated freely but the electric motor itself was seized.

I disassembled the motor and managed to get the seized shaft out of the bearing. I cleaned both shaft and the bearing, but there was still some type of corrosion on the shaft that was preventing it from turning freely.  I would have preferred burnishing the shaft with some very fine 0000 steel wool, but I didn’t have any on-hand.  I used some 800 grit sandpaper and removed the corrosion (or whatever it was).  I lubricated the bearing and the shaft so that it slid and rotated freely.

After reinstalling the motor into the scoring unit, the machine reset correctly when pressing the start button.

The scoring motor and switch bank assembly is basically the heart beat that runs an electromechanical game.  Without it, nothing will work.

We (the owner and I) noticed that the Ball In Play lights were not resetting back to Ball 1 during the reset.  I checked the stepper in the backbox and saw that it was sticky, which is a common problem.  It didn’t seem sticky enough that it warranted rebuilding. The Ball In Play stepper unit is a step-up and reset type. The owner cleaned the old lubrication from the contacts and I added a turn on the spring.  The stepper seemed to function fine after that.  I informed the owner that if problems continued with the ball counter, that it would have to be cleaned and re-built.

We replaced some burned out lights on the playfield and talked about playfield care.  I mentioned that a lot of collectors have differing opinions, but that I liked Novus 2 for playfield cleaning and polishing.

As for me, I’m going to start carrying 0000 steel wool in my repair kits for cleaning up motor and stepper shafts.  It has worked well with jukebox restorations I’ve done.

The owner had previously rebuilt the stepper relays and adjusted the relay contacts which had improved things considerably.  There were a few things that were still not working, including the “strike” and “spare” scoring, and the game reset.

It was an amazing machine with the sound of the electro-mechanical parts, buzzing, clicking and ratcheting the score, all of which was amplified by the wooden cabinet.  Some EM pinball machines are more complicated by comparison, but they don’t have solenoids and relay coils that are as large and noisy.  This thing is awesome! 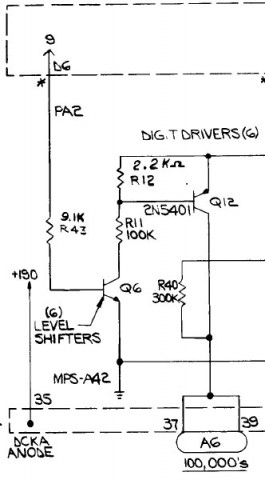