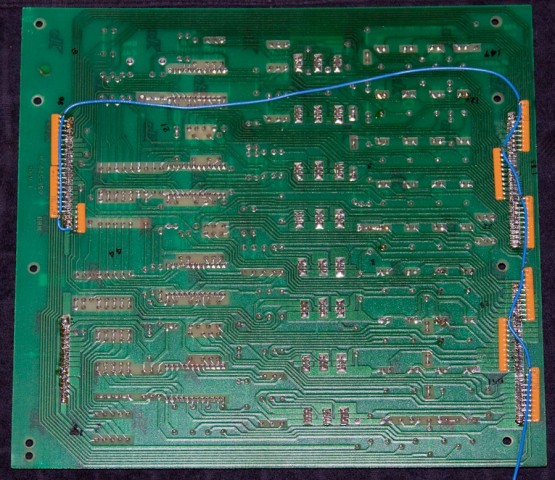 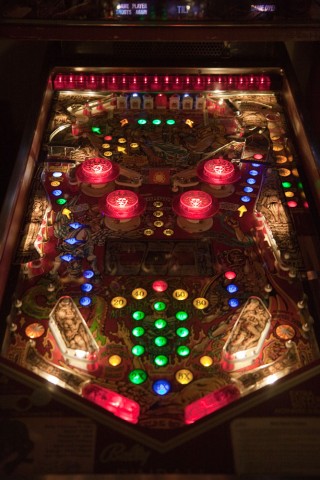 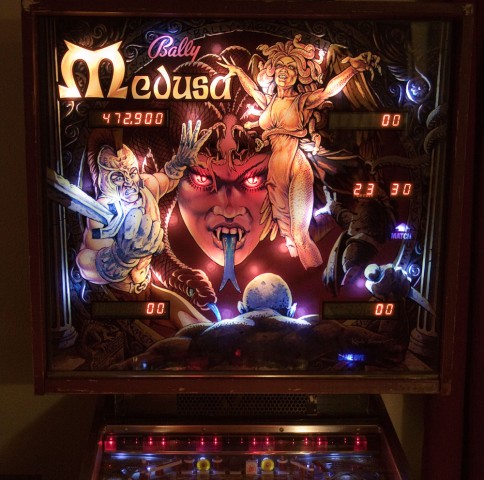 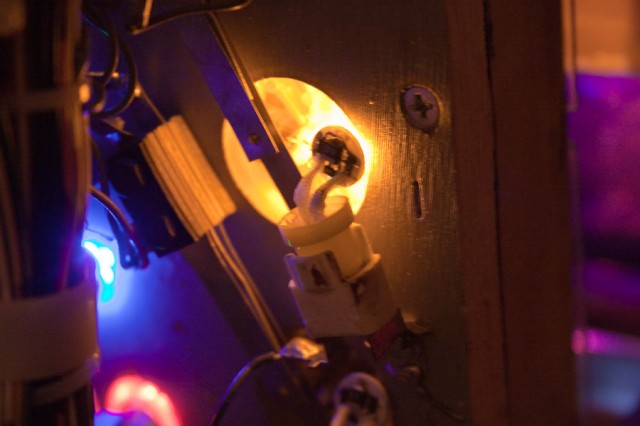 The more technical reason why the LEDs flicker

The controlled lamp power supply is full wave rectified, but is unfiltered pulsating DC.  The power is pulsing at 120Hz (60Hz x 2) or approximately every 8 milliseconds.You can think of an SCR similar to a switch.  However, an SCR will only stay turned on as long as current is flowing through it.  Since the power is turning off every 8 milliseconds with each pulse, the SCRs turn off with it, and the microprocessor has to turn them all on again.  I’m not sure why Bally chose this design, but it persisted for a number of years.

So, if the microprocessor wants one of the lights turned on, it sends a short pulse every 8 milliseconds to the SCR, which switches on the light until the pulse of the power supply drops back to zero volts. The process keeps repeating until the processor doesn’t want the light on.  This is why there is a AC zero crossing interrupt on the processor board, to keep everything synchronized.

A lamp will start drawing current as soon as the slightest voltage is applied to it.  This keeps the SCR turned on after the microprocessor pulse has gone away, until the power supply voltage pulse drops to zero. On the other hand, a LED doesn’t begin to draw current until the voltage is over about 1.5 volts depending on the color of the LED.  With the capacitance and inductance in the playfield wiring harness, it adds a little time delay for the voltage to rise and the current to get flowing (especially since there are other voltages being induced by the adjacent wires in the harness).  By this point, the microprocessor has removed it’s pulse. The LED may or may not have had a chance to turn on and begin conducting.  This is what causes the flickering.  Sometimes the LED turns on, and sometimes it doesn’t.

The resistor across the LED allows current to begin flowing as soon as the voltage begins to rise, just like a filament in a bulb.  The LED is not even conducting yet and a small current has begun to flow through the resistor,  thus overcoming the capacitance and inductance in the wiring harness, and keeping the SCR turned on.

The resistance value of 1K adds only about a half milliamp to the overall current draw of the LED (about 2.5%), so it’s not defeating the purpose of the LED to reduce heat and power consumption.  The current draw is still about one-tenth what an incandescent lamp draws.